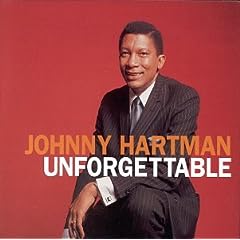 What a week it has been – my first week back at work after five weeks of holiday and relaxation. I managed to sustain the holiday bliss longer this time, even though by Thursday I already felt a bit low again. I have bounced back though, I just need to keep myself focused that everything will work out well at the end. Today I farewelled three of my colleagues, two are leaving the company, and one is leaving to join another team. The impact of the merger is truly felt by the department now with the team shrinking by the week. I joked to one of my workmates that it felt like a triple eviction week, taking the reference from the now-defunct reality TV, “Big Brother”. Unfortunately there will be no prize money for somebody who stayed the longest! It was sad to say goodbye to your friends.

Going to the cellgroup meeting after work cheered me up as well, even though the message was pretty stern. Because we don’t have a hall of our own, we hire a room at Word Bookstore for our weekly cellgroup meeting. I also bought a book by Jerry Bridges called ‘Trusting God: Even When Life Hurts‘ from the bookstore. Rather than feeling sorry for myself because of the challenges that I have faced this year, I want to reinforce my faith and my hope in God through the books that I read and the music that I listen! As usual, we went to Chinatown afterwards for some noodle supper. So I am pretty content now … haha.

I also called my Mum and Dad about half an hour ago – I received a call from my brother yesterday and also an email from my sister today to inform me that Dad went to the hospital because of some prostate problem. Mum said that Dad was okay – the medicine worked and Dad is now resting at home again. 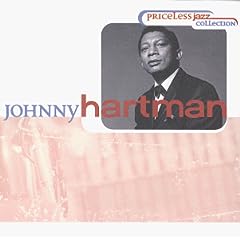 I’m sitting in my living room with a cup of chamomile green tea, and Johnny Hartman playing in the background. I first encountered Johnny Hartman when I heard his wonderful baritone voice in the soundtrack of ‘The Bridges of Madison County‘. At the moment I’m playing his CD called ‘Unforgettable‘ – a relaxing, big band album that transported me back to the yesteryears of smoke-filled jazz clubs in 1950’s. Johnny Hartman is definitely less wellknown compared to Nat King Cole, but his voice is very soothing and velvety. If you want to give him a go, the Priceless Jazz Collection CD is a good start, otherwise the soundtrack of ‘The Bridges of Madison County’ is also a great alternative.

You may have just had one of your toughest week thus far, or you may have just experienced the best time of your life – one thing that’s always nice to do is to give yourself ‘a chamomile me-moment’ at the end of the week. Play your favourite CD, light a candle and dim the light, and make yourself a cup of tea. Rest your feet on the chair, sip your tea, and close your eyes. It’s always nice to have a simple moment of indulgence after a busy week. Just a little window of time to remind you that hey, life’s not too bad after all.