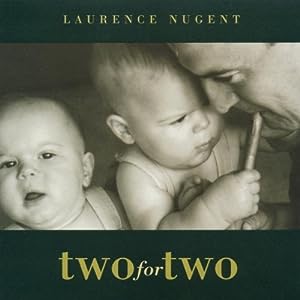 I wanted to refresh the songs in my iPhone and rather than starting afresh, I simply added five albums into iTunes. Two of those happened to be Celtic music – in late 1990’s and early 2000’s, I used to listen to a lot of Celtic music and I thought I should return to an old dear musical friend. There’s even a drawer at home dedicated solely to Celtic music – filled with Green Linnet CDs, The Chieftains, Old Blind Dogs, and many more. 🙂 An old Laurence Nugent CD “Two for Two” caught my attention – it was released in 1998 and I used to listen to it a lot. Laurence Nugent is a tinwhistle and flute player from Ireland who now resides in the United States. So I picked it up from the drawer along with The Future of Gaeldom CD.

On my way from the bus station to the campus, one of Nugent’s song came in my random playlist and it immediately brought a smile on my face. The jiggy complex tune brought a spring to my step – the windy moody morning almost complemented the song, I could almost picture myself somewhere in Ireland if I tried. 🙂 There was no synthesiser in the music, no funky beats but it lifted my mood nevertheless. Folksy music seems so ‘organic’ and so down-to-earth – free from additives and artificial colouring. It’s a music from the soul to the soul. Celtic music laments with you when you are down, if you choose to have an understanding, melancholic companion – just have a listen to the deep soulful violin and tinwhistle or some uilleann pipe songs. Nugent’s Dans An Dro is a magnificent example – one of my favourites in the album. However if you want to cheer up, Scottish or Irish reels and jigs will undoubtedly get you up and going again.

Music is definitely for the soul – it’s just too bad that music has now been unrecognisably altered by so many flavourings and extra processing. I won’t take the high-and-mighty road, as I do listen to a lot of pop music as well. However, when you return to the folksy tunes and honest-to-goodness songs, you realise what you have been missing all along.

Music expresses that which cannot be said
and on which it is impossible to be silent. – Victor Hugo