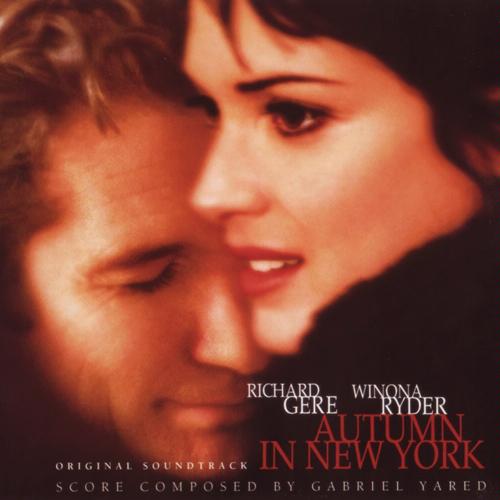 It’s seven minutes to midnight here in Adelaide and I’m chilling out while listening to the soundtrack of ‘Autumn in New York‘. The movie was released in 2000 and was critically panned left and right. However, the man behind the soundtrack is Gabriel Yared, one of my favourite movie soundtrack composers. He’s the man behind the haunting soundtrack of ‘The English Patient‘. His music tends to be melancholy and haunting – it lingers in your soul long after you’ve finished listening to the last note.

I’ve had a very eventful day today – the carpenters were here early at 7.30am to start working on the pergola, and by midday, they were off! Calculating the amount I had to pay, divided by the number of hours and the number of person – the hourly rate was certainly pretty high! Unlike the carpenters or tradesmen in Indonesia, tradies (the local abbreviation of tradesmen) can and do have a great career here. With the recent real estate and mining boom, tradies have been in high demand all across Australia. Even now that the economy is slowing down, many people still want to have jobs done to their property.

I thought the carpenters were going to do some touch-up painting after they finished the construction, however they insisted that it wasn’t their job to do it. Softwoods, the company who I contacted for the job, had already supplied some paint, so I did the job myself. I suppose I am getting more and more comfortable in doing some handyman’s work, even though I am still way clueless compared to the ordinary Aussie blokes. Hahaha. I finished painting the bolts and brackets at about 2pm, after which I started calling some pavers to get some quotes for the paving job underneath the pergola. Many of the pavers mentioned that they were busy and that the earliest that they would be able to do the job was mid-December or even January! After some calls here and there, I managed to get four pavers agreeing to come around sometime this week so each of them could give me their quote. I want to get the area ready before I invite my friends along for a barbie! 🙂

The pergola does look really nice – even though it doesn’t have any roofing. I will take a couple of pictures if you are interested. 🙂 My plan is to plant a couple of glory vines to provide some cover in Summer, and allow sunshine to come through in Winter. Besides, I just love the burst of colour in Autumn – it’s much more cosy than straight through roofing. So, not wasting time, I walked to the nearest nursery to get myself two Vitis vinifera plants. I wanted to get Vitis coignetiae (Crimson glory vine), but the local nursery only stocked Vitis vinifera (Common grape vine). Well, if the trees bear fruit, at least I will have some grapes to enjoy! Hehe. I haven’t planted them though, I want to wait for the concrete around the posts to set before I do my digging – besides, tomorrow is forecasted to be a hot day! Not good for tree planting indeed!

So today has been quite a productive day! I also watched some TV to relax in the evening – my usual fare for Tuesday night: Insights on SBS, and then Find My Family on Channel 7. As usual, I ended up teary eyed after Find My Family – the story of family reunions always manage to touch my heart. I’m a sook and a sucker for feel-good stories, what can I say? Haha. Insights today discussed about the rising unemployment rate as a result of the global financial meltdown. There was a guy who used to set up and manage a mortgage division within a bank, and had applied for 185 jobs to no avail. He mentioned that he was thinking of becoming a taxi driver or a bartender … A lot of the stories were sombre, saying that unemployment rate would increase to about  5% – 6.5%. An analyst even predicted that it might even be as high as 10%. Very sobering stuff – I then switched channel to watch Find My Family, a much more positive viewing than the stories of job loss and unemployment. I mean, I’m living it at the moment and I don’t need to be reminded about how gloomy the situation is at the moment. Hehehe. Like a child who’s a bit afraid but having faith in his Father, I’m clinging to His hand at the moment, wherever He is leading me.

As a postscript, when I was doing some touch-up painting, I thought to myself, if only my younger brother were here, he would’ve done a much better job. It came automatically, and even without a sense of loss – as if I was still thinking that he was alive and well in Indonesia. It was only a while later that I realised that he lost his life while painting … I still miss him and think of him from time to time. Yes, the pain has gone but the feeling of loss remains. I remember posting here when I learned about my brother’s death that grief felt like a thick fog that covered every room and left its imprint that Death was here. The fog has lifted, and the imprint has faded from the house, but it is etched in the hearts of those who love my brother, and still miss him terribly.