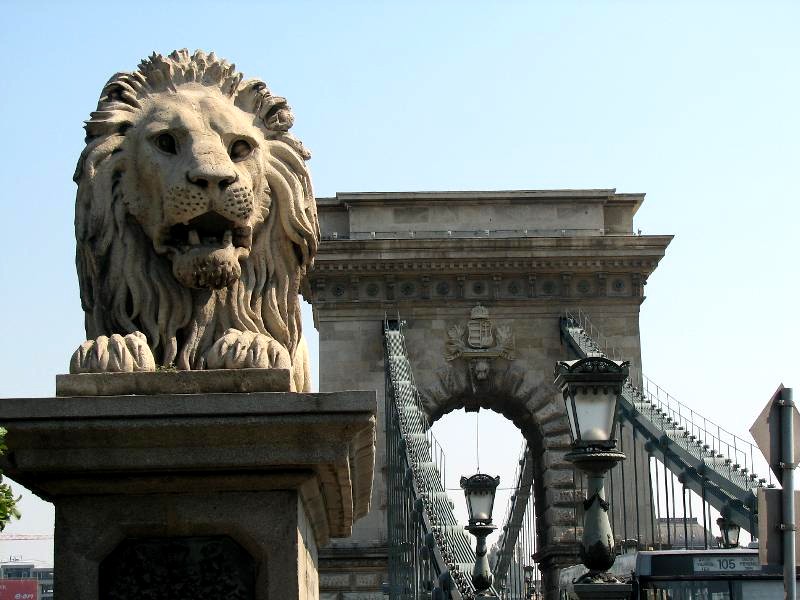 I’m now in Budapest, the capital city of Hungary. According to a book by James Jeffrey, “Paprika Paradise”, Hungary is “a country that other Europeans speak of as if it had been dropped on the heart of the continent by a passing spaceship”. He also often mentioned about the fiery and passionate Hungarians, as compared to the reserved and conservative Englishmen. His mum is Hungarian and his dad is English so I suppose he has good specimens to base his observations from.

Well, my adventure in Budapest also began with a bang. The flight from Oslo to Budapest was uneventful – I slept throughout the flight mostly. I managed to get on the plane on time, along with my iPhone, earphones, my DK Eyewitness Travel Top 10 Budapest guidebook, as well as my Passport wallet. We embarked from the plane on the tarmac and then got into the bus – as soon as the bus stopped, I checked my Passport wallet to see whether I could take it out, in case there was an immigration control. I couldn’t find it in my Passport wallet. Immediately I panicked and tried to walk towards the plane – but I was stopped by a guard who ushered me in. I rushed to the Information desk and explained about my case – however after I waited for a while, the lady said that no passport was found on the plane. I’m 80% sure that it must have been dropped between my seat and the bus.

I initially wanted to take the train and metro towards the hotel, but after the drama, I wanted to get to the hotel as soon as possible and then contact the Australian Embassy. I took the Airport Shuttle which would drop me at the Kálvin Ház Hotel. Guess what? When I contacted the Airport Shuttle desk, the lady mentioned hat there was a World War II bomb discovered in District IX (where the hotel is), and that no cars were allowed to get in, and I might not be allowed to get in either. I nearly laughed because of the absurdity of the situation. I called the hotel and the receptionist assured me that cars could get in because they had found the bomb.

The drive to the hotel felt very long because I was really eager to get to the hotel, and then head straight to the Embassy. The receptionist kindly told me which Metro to take and which stop that I should get off. The problem is that the available maps do not extend to the area where the Australian Embassy is located. After a couple of “Do you speak English?” and a couple of negative answers, I found a lady who at least told me the direction to take. I walked on and found a gentleman who could only speak Deutsch – it’s great that again, my limited Deutsch could come into practice. I finally found the Australian Embassy at Királyhágó ter 8-9. They can issue an Emergency Passport for me and block my old passport – after we discussed it, I agreed that perhaps we could block it tomorrow in case somebody from the airport or the airline contacted the authorities. The lady gave me a form to fill, and asked me to get my pictures taken, and that I should bring around 22,000 Hungarian forints, which is roughly equivalent to AUD 158. So tomorrow I will head back to the Embassy so at least I can have a replacement passport that would be good until I return to Australia.

The episode did deflate me a bit but I thought to myself that I had gone all the way here to relax and have a holiday. I had a choice to feel down and negative or make the best out of the situation. I decided the latter – if not for the requirement for me to find the Embassy, I wouldn’t have ventured out of the city area and walked around neighbourhoods not frequented by tourists. I took the Metro back but stopped earlier at Batthyány ter so I could take pictures of the famous Parliament House across the Danube on the Pest side. It looked impressive! Danube seems very wide! It ain’t blue, though – more like murky gray-green. I walked along the river so I can walk across the Széchenyi Chain Bridge (Széchenyi lánchíd). It’s a hot day today here in Budapest, so it wasn’t really a pleasant walk. The bridge looked pretty too, but it was chock-a-block with cars so you don’t get any romance out of walking along the bridge to the other side. After a couple of photo shoots, I walked along the shopping street in Budapest, Vaci utca. The street’s full with typical tourist trinket sellers, street performers, and restaurants specifically targeted at tourists. There were a lot of stunning looking ladies as well in Budapest, but I’m warned by my guidebook that the ladies in Vaci utca are given the mission to lure tourists into bars to they can be overcharged.

So that’s it, in a nutshell, my first day of adventure in Budapest. A lot of drama, a lot of frustration because of my passport loss. *SIGH*. I will have to head back to the Embassy tomorrow after 2pm, so I can get a replacement – thankfully they mentioned that they could get an Emergency Passport in one hour. So I’m going to wash my face a bit, and grab dinner outside – hopefully I can get something decent to eat and conclude the day on a more positive note.