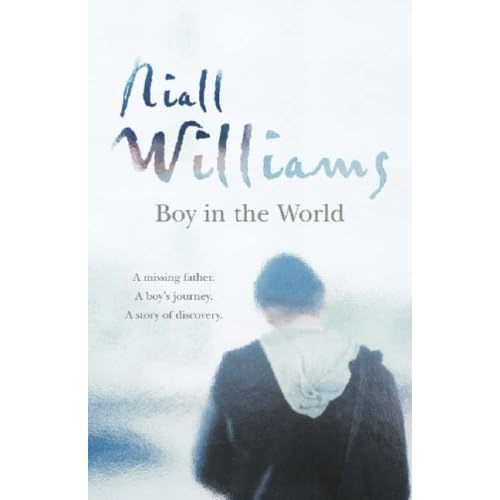 I finished Boy in the World this morning on the bus after reading it for the last couple of weeks during the bus-ride to and from work. The story is about ‘Jay’ – a boy who is in search of a dad he has never known – all over Europe, in the midst of the bombings in London and Paris. The story is about faith in God, about how everything that happens by chance is actually pre-planned so everything falls into place in the end.

I have enjoyed Niall Williams’ books for a while now – I fell in love with As It Is in Heaven and Four Letters of Love many years ago. I love his melodic way of writing, his sensitivity and the way he puts faith and hope in the midst of sadness and gloom, without even reverting into soppiness and melodrama.

Boy in the World does feel a bit grittier compared to As It Is in Heaven or Four Letters of Love, maybe because it is also dealing with the contemporary issues such as terrorism and fear. In some parts, I also felt that the pace was very uneven – it’s like a car running smoothly for a while, which stutters for a distance, and then goes on a different pace afterwards. Whilst I also appreciate Niall’s view of God, faith, and optimism, I hope that his future books don’t end up sugary and sacchariney and full of philosophical claptrap. I felt in some parts that he was getting preachy and didn’t weave the theme as subtle as he did in his previous books. When I read Niall’s previous books, I got his take of life and God without feeling that I was preached and spoonfed. In this book, there are some parts when I felt that he was getting close to spoonfeeding me.

However, that said, all in all, I love Niall Williams and I like this book – not Niall’s best but still 8/10!